The Chambers of Narghis Bundhun SC is recognised as a leading set of barristers in Family Law and is committed to all aspects of Mauritian Law advising and representing clients in a wide range of proceedings. Based in Port-Louis in the legal centre of the capital, the Chambers is composed of both senior and junior barristers providing expert advice and striving to solve problems quickly and cost-efficiently.

About the Mauritius Legal System

The Mauritian Legal System is one that academic commentators define as a mixed legal system meaning that our legal system is based on both French and English legal traditions.

This peculiarity stems from the history of our Republic which was a French colony known as the Isle de France before being taken over by the British Empire in 1810 renamed as Mauritius. Owing to the political skills of Lord Farquhar who as the first British governor of the island, believed that the only way to maintain social harmony within the colony was to allow the remaining French settlors on the island to keep their laws, religion and customs encapsulated by Article 8 of the Act of Capitulation. As a result, the Napoleonic Codes of 1804 composed of the Code Civil, Code de Commerce, Code Pénal and Code de Procedure, remain to this day the cornerstone of Mauritian Law whilst the basis of the Mauritian Criminal Law follows the English legal tradition, from the procedural and evidential perspective.

From the latter part of the nineteenth century to this day the Mauritian legislature in its various embodiments namely the Council of the Government, the Legislative Assembly and the National Assembly since 1968 has enacted a number of laws closely following the English pattern.

The Court System of the Republic of Mauritius 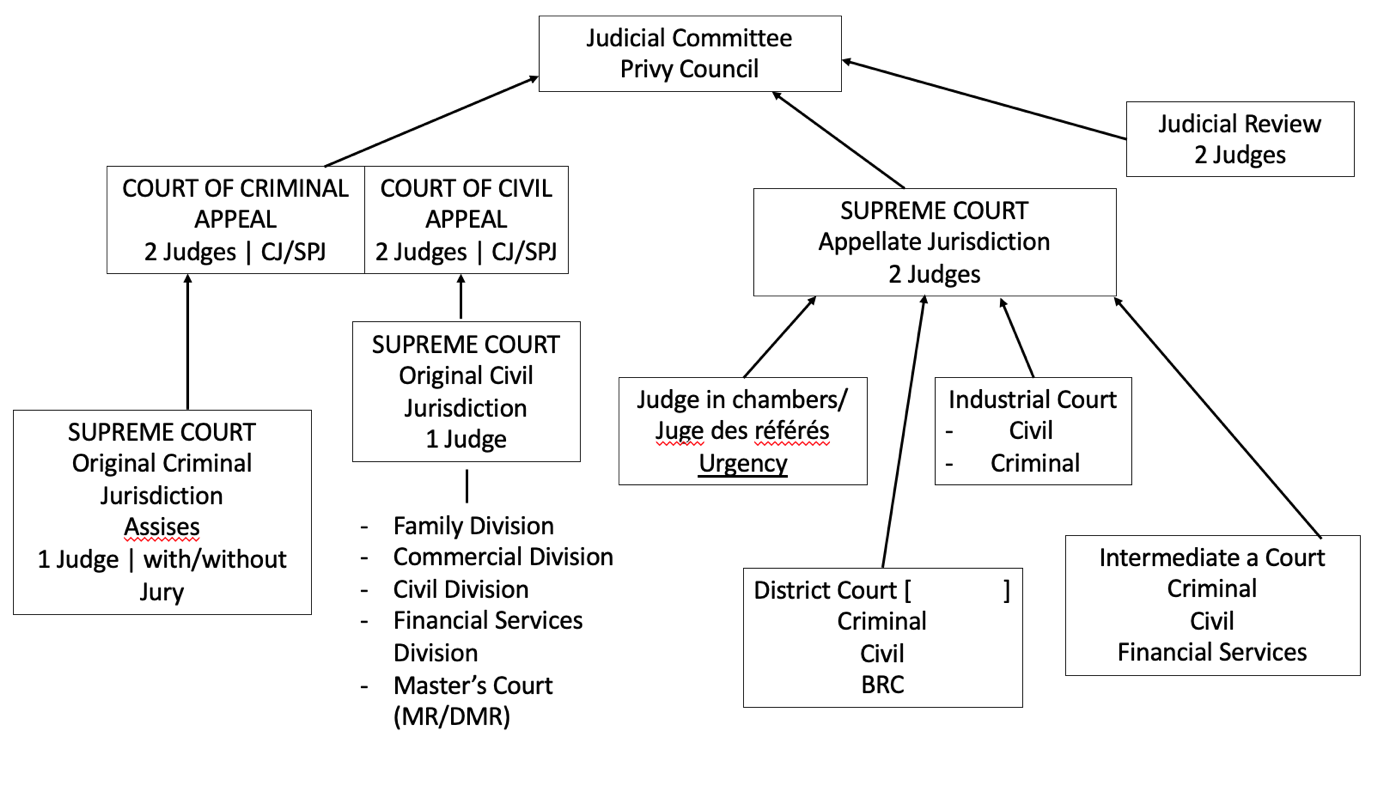